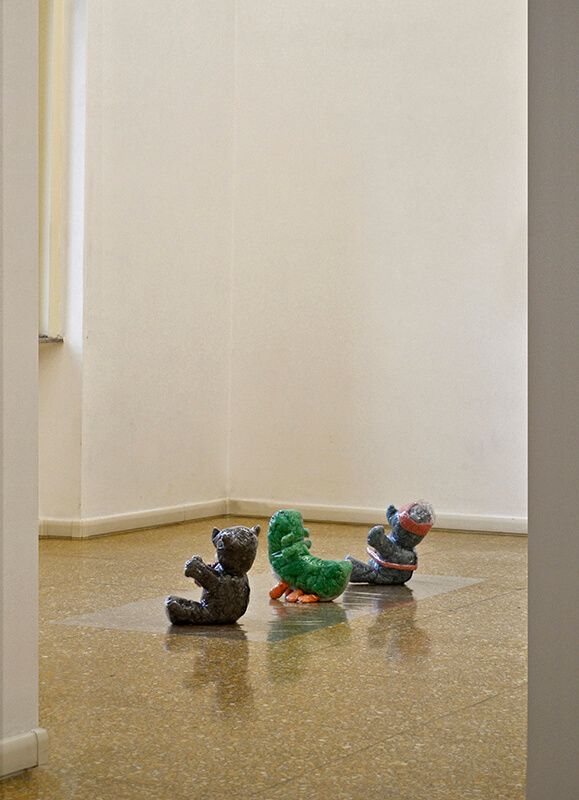 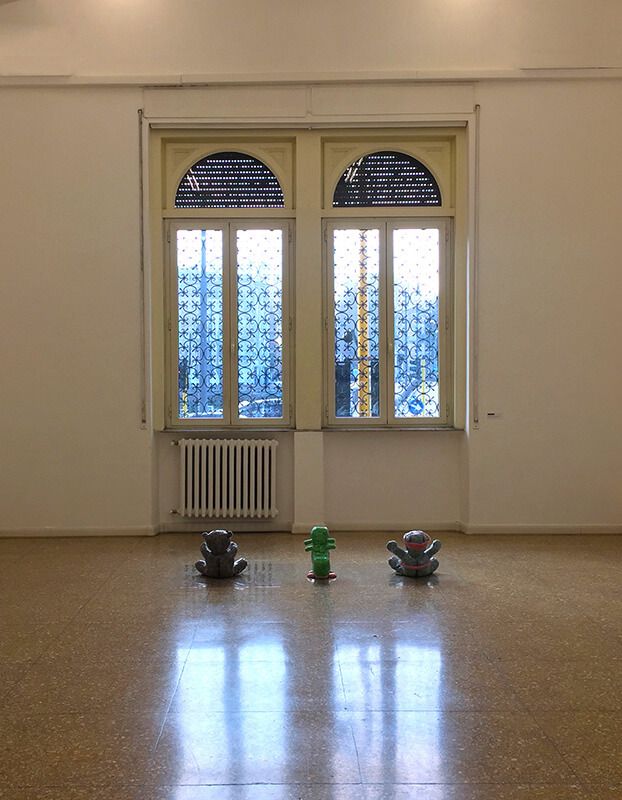 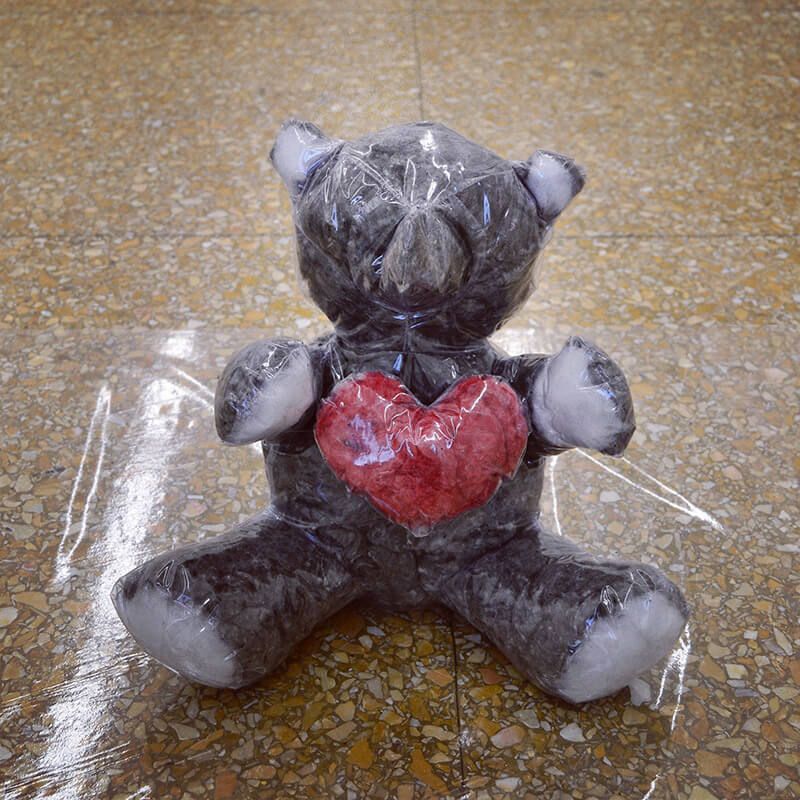 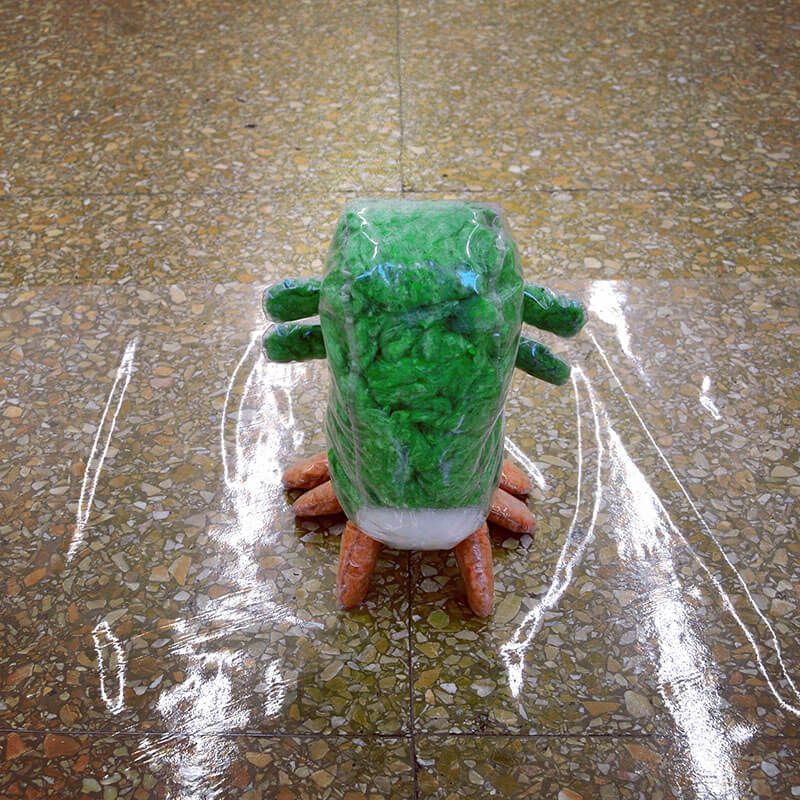 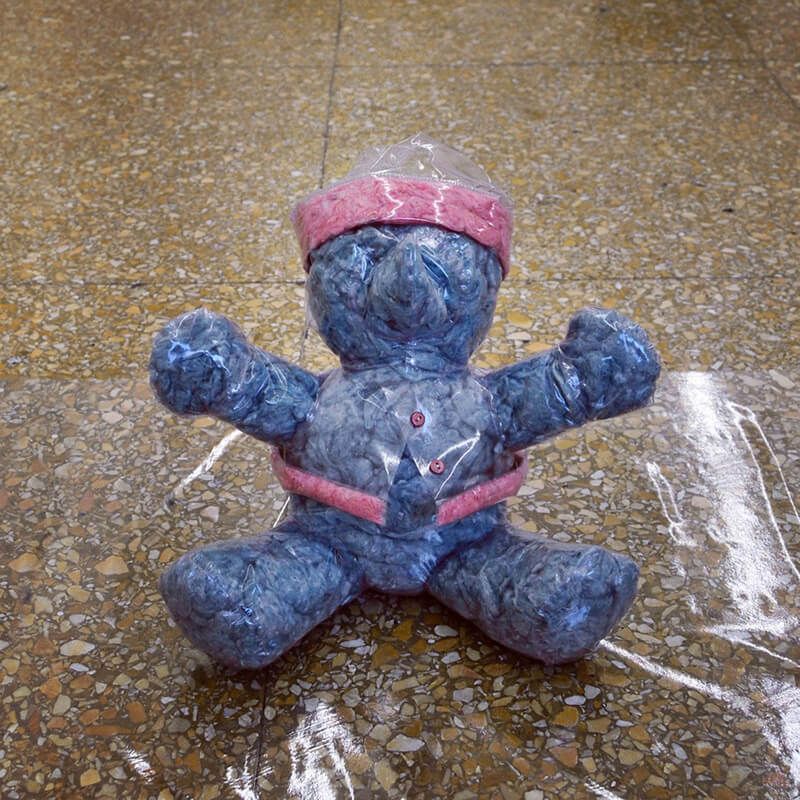 Enclosed within a childish form, which arouses tenderness and empathy, lies the experiential story of the artist, Meletios Meletiou, at the refugee camp of Lesbos during the winter of 2016. Among the graves of people who lost their lives in a journey of hope in pursuit of a better future, there are also kids. What remain is a small body buried among others, identified by a name, characterized by purity and accompanied by an object concerning their age: a teddy bear. Among the myriad of sepulchers stand out those distinguished by a wad of cloth in the shape of an animal that watches over the little humans who will never be adults. The impact is devastating, and the artist’s intention is not to forget this vision, this feeling. He is getting involved without being pathetic, by collecting the felt emotions and setting them as ground “0”. This reference becomes crucial, it makes impossible to continue with the same assumptions and causes. Meletios Meletiou finds a positive statement in the ultimate gesture of bringing to a child an object of affection. Therefore, he decides to create new teddy bears, similar to those seen in Lesvos in order to collect, through the form of a common object, the emotional effect of his experience: affection, tenderness, family. This is the synthesis in each of the objects re-constructed by the artist. In line with his research, the artist shows a story that, although particular, can be found in everyone’s experience, in the memories of their childhood, arousing memories of who we were and awareness of who we became. On this occasion, the spectators are invited to reflect and realize the singularity of themselves’ reflected in one another.