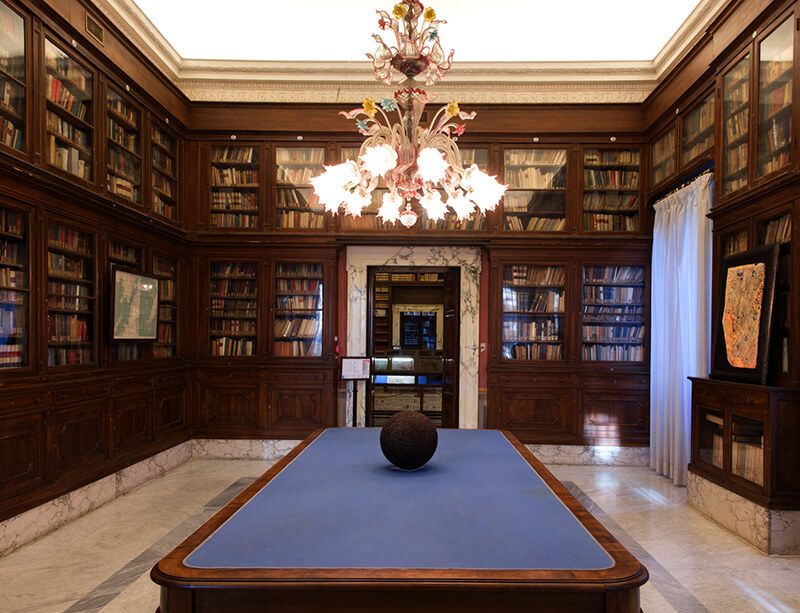 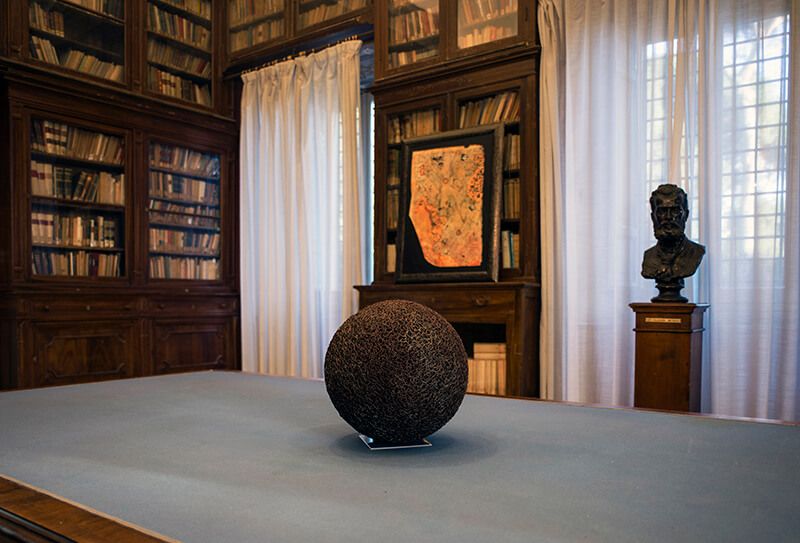 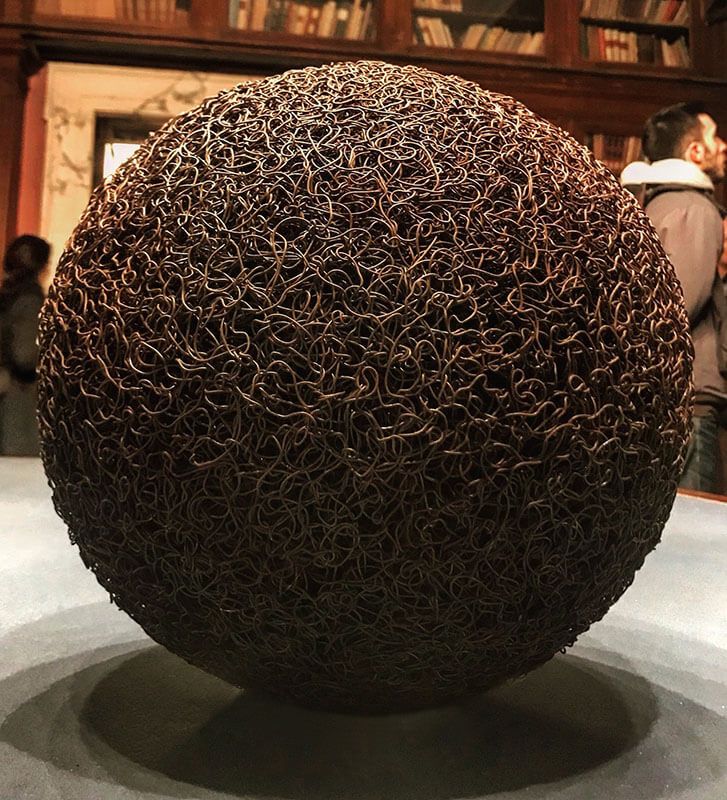 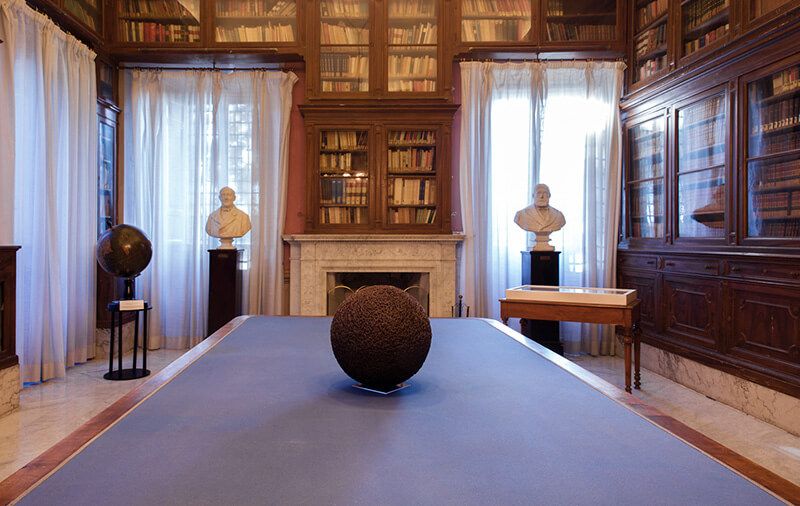 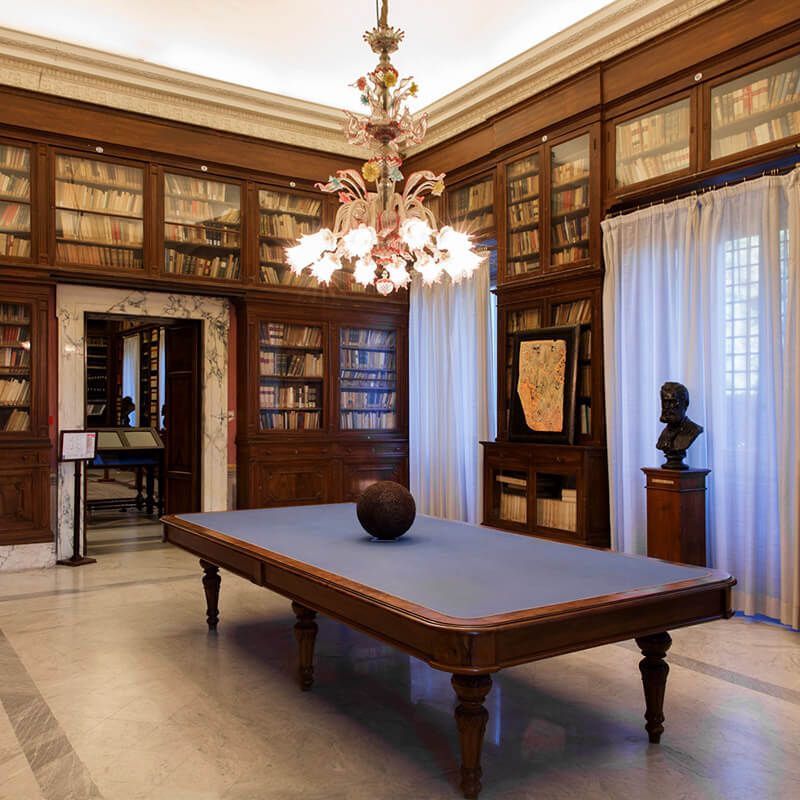 Through “Im – mundus” the artist, in the spherical shape of his work, reconciles a political and an aesthetics interpretation. The material used for the artwork recalls the same material used to mark, often with hostility, the land boarders (barbed wire), which rolled up on itself, loses its disruptive function and builds its own world, excluding any free passages and the possibility to cross into the space. The human world is out of its context: whoever usually lives in it, does not have the possibility to get to know it and finds himself/herself as spectator of an iron core planet that turns from the outside to the inside remaining closed in itself. The same linearity of the material, so conspicuously redundant, opposes to the containing form, revealing how even a perfect dimension like the spherical, can be composed by infinite variations. Among these, there is one in particular, evocative, which is one of the first mental approaches that arise when you look at the sphere: a ball. The artist does not deny this approach; on the contrary, he stimulates it, proposing also an interactive use of the work. Just as a person could kick a ball, and without any verbal interaction and particular rules could trigger a strong and unconventional communication binding the actions of the participants. The childish attitudes freed by the new interpretation of the artwork deactivate the primary conceptuality of the sphere and activate a new renewed language, less intellectual and more practical. Each spectator will find himself connected to the others; feeling included by the idea of the game and no longer excluded from the world, rather a co-author of a new social network.